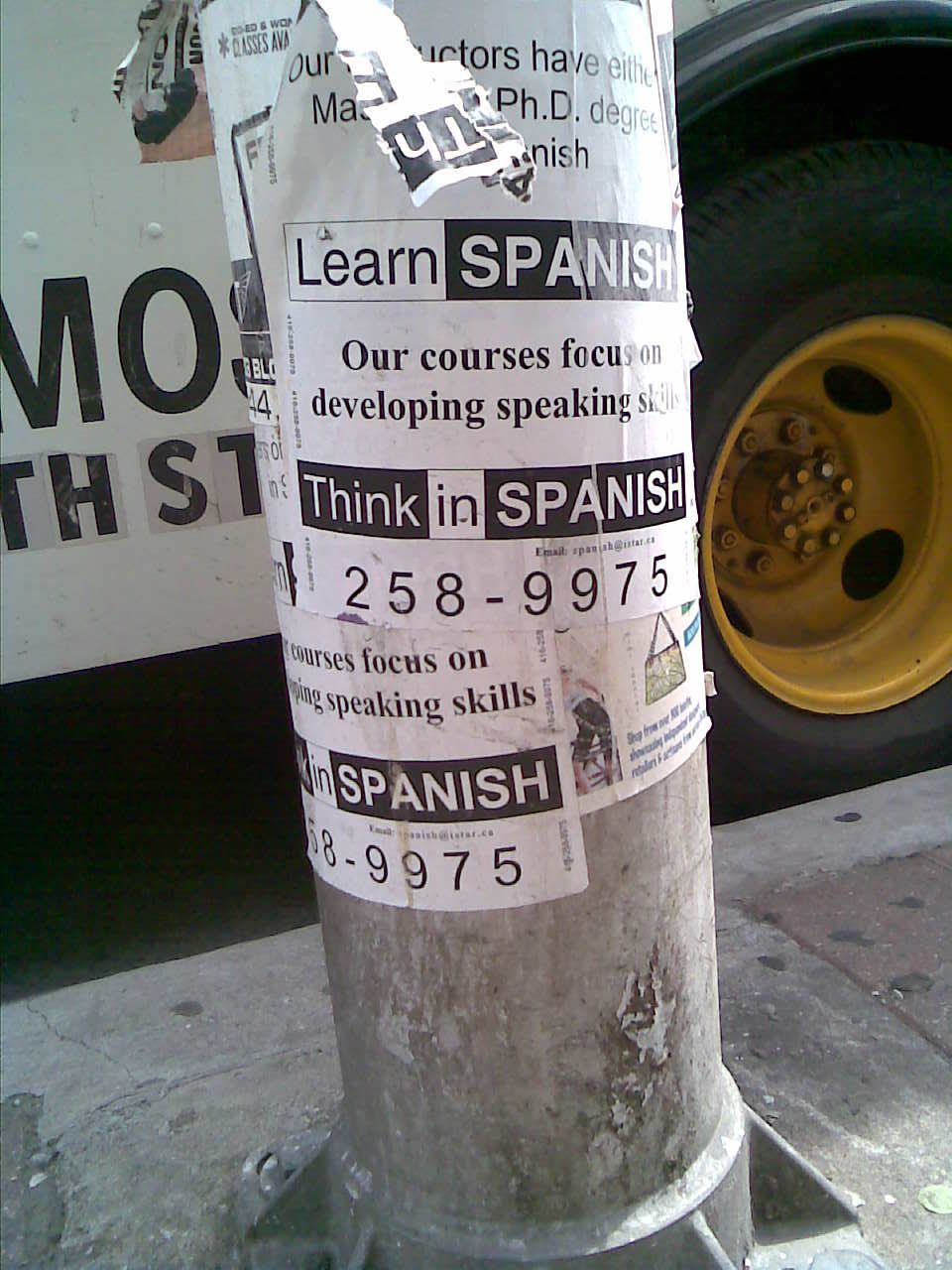 “Thinking in…” anything has been a marketing quirk for a while now, being used and abused from the field of language learning to computer science. Thinking in Java is the title of a well known book written by Bruce Eckel. I am passing a “Think in Spanish” course flyer ad every time I stroll on Bloor Street West here in Toronto.
Funny, thinking within the rigors of a discipline is the very definition of thinking inside the box.With respect to programming languages, it encourages one to think within the limits of a single language which is the exact opposite of what one should do when developing software.
The hegemony of agile methodologies inflicted a disruptive change on the face of the software industry and amongst the established roles within a team. The legions of “coders” bred by the tech bubble of 2000 are facing extinction; the roles of the software designer and Technical Architect are fuzzier than ever. Thinking inside of the language box makes a better coder but not a better software engineer.

Modern software design methodologies shatter that box. Domain Driven Design disconnects the developer from the technology and places domain rules before the intricacies of a language. Test Driven Development brings the Domain in the software realm and it does it by forcing to write the tests first, then write the actual code. Test-first forces you to think behavior and APIs first then perform the act of coding which is nothing more than implementing that behavior.
Eric Evans’s DDD: Strategic Design is an eye opener. And while you’re at it, check his other presentation about domain modeling.

So instead of “Thinking in Java”, think Domain and APIs first then act. In Java.